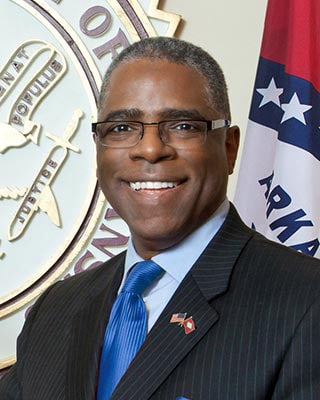 Joseph K. Wood is a foundling. Abandoned as a newborn on the streets of Chicago, he would later be adopted from St. Vincent’s Orphanage. Joseph became a teen leader in the tough neighborhood of Jeffery Manor. Since then he has held key leadership positions as a bank examiner with Illinois Commissioner of Banks, assistant director with the University of Chicago Booth School, head of recruitment at Walmart International and Deputy Secretary of State for the Arkansas Secretary of State Office. He is an elected official and currently serves in Arkansas as the Washington County Judge. Wood is also the author of Saving Joey. He is also a 2017 Angels in Adoption honoree, recognized by the Congressional Coalition on Adoption (CCAI) which raises awareness about orphans and foster children in need of loving families. Joseph lives in Fayetteville, Arkansas, with his wife, June.